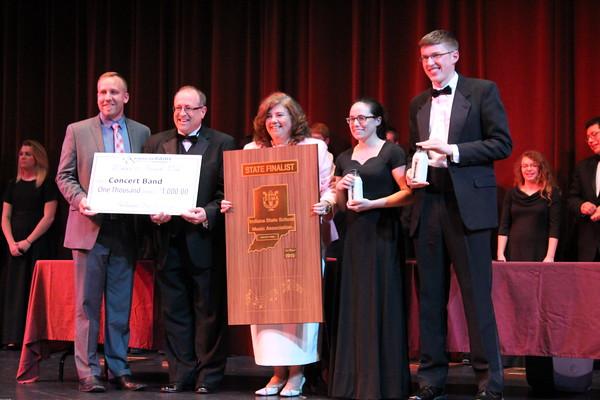 Each year’s Champion Band is awarded a $1000 scholarship by the Indiana Dairy Farmers Association. Penn senior Sara Eveler, who will be attending Valparaiso University, has been selected as the recipient of this year’s scholarship.

Each year bands compete the prior weekend at one of four ‘state qualifier’ sites for a chance to be one of sixteen finalists. In the 31 years of the contest this is the first ever tie for top honors.

Mr. Northern is in his fourth year as Director of Bands and Fine Arts Academy Leader at Penn High School following ten years as Assistant Director. Earlier this year he was named “2015 Outstanding Bandmaster” by Gamma Chapter of Phi Beta Mu. Mr. Paulson is in his eighth year as a Band Director in the P-H-M system.

Over the years Penn Bands have had a number of top five finishes at the state finals earning a second place in 2009.

Monday, January 9, 2023 was the first Penn-Harris-Madison School Board of Trustees...
END_OF_DOCUMENT_TOKEN_TO_BE_REPLACED