Games can be fun and used as effective learning tools. Most games in and of themselves are not bad. However, there is another side to gaming, especially when gaming is not used in moderation. According to the World Health Organization (WHO), excessive use of screens (internet, computers, smartphones, and other devices) has negative health consequences and the WHO now recognizes gaming disorder as an addiction to playing video games per the International Classification of Diseases, 11th Revision (ICD-11). The ICD is used to identify health trends and statistics around the world and is the international standard for reporting, diagnosing and researching diseases and health conditions. This information is also used when planning for public health. Gaming disorder was included in the most recent version of the ICD released in 2018 after reviewing evidence and consensus from experts in different regions and disciplines. The inclusion of gaming disorder allows for the development of treatments for those with the condition as well as health professionals being aware of the disorder to consider prevention and treatment methods. To date, gaming disorder is not listed in the Diagnostic and Statistical Manual (DSM) published by the American Psychiatric Association, which is used by mental health professionals, such as psychologists; more research is being considered before it is included as a formal disorder in the DSM.

According to the WHO’s ICD-11, gaming disorder is defined as a pattern of gaming behavior (“digital-gaming” or “video-gaming”) characterized by impaired control over gaming, increasing priority given to gaming over other activities to the extent that gaming takes precedence over other interests and daily activities, and continuation or escalation of gaming despite the occurrence of negative consequences (World Health Organization, 2018).

There is some controversy around the use of the gaming disorder diagnosis, especially because it can pertain to children and it falls along the lines of a type of addiction. As we know, addictions do not only involve drugs or alcohol. People may have addictions to gambling or food, for example. An addiction is a disease of the brain that involves the reward, motivation and memory centers. In essence, whenever your brain’s reward centers are triggered, then hormones (dopamine) that make us feel good are released and that feeling keeps one coming back for more. The behavior is further reinforced through intermittent reinforcement, much like a slot machine in gambling, because you never know when you will get a reward in the game.

Addiction involves an abuse or dependency on a substance or behavior (in this case technology use) that is “beyond your control and outside the realm of reasonable use.” Secondly, “and most importantly,” Dr. Greenfield, who is an Assistant Clinical Professor of Psychiatry at the University of Connecticut School of Medication, says it must be “impacting your life in some negative way, whether it be your home life, work, school, economics or social relationships.” One may find yourself playing video games all day rather than talking with friends and family, getting work done or caring for yourself or others. You may also lose track of time, be preoccupied with the game even when you are not playing, and/or use games to escape negative feelings (e.g., boredom, anxiety, anger, frustration, etc.) . If you have struggled to regain control of your life, that is also an area of be mindful of as you consider risk factors. The behaviors WHO lists as characteristics of gaming disorder are as follows:

If you are interested in taking a brief screener to gather more information and start thinking about this more, then click here to check out the Greenfield Video Game Addiction Test.

*NOTE- Just because you score high does NOT automatically diagnose you with this addiction. A diagnosis cannot be made on the basis of one screening measure alone. This needs to be done by a healthcare professional. This screener is meant to give you a little more insight into areas that may be red flags and if you score higher than 7 points (out of 17), you may want to consider talking with a healthcare professional.

While gaming disorder affects only a small proportion of people, all who play games should be aware of how much time they spend on gaming activities, especially when that is their exclusive activity or pastime.

It is important to remember that some games are fine; however, when the gaming spirals out of control, it signals a problem, even if it does not rise to the level of an addiction or disorder. There is a continuum from an occasional game to the other side of the spectrum where people have actually died of exhaustion, stress, malnutrition and dehydration from playing games for days on end (WHO does not refer to these extreme cases). If there is a lack of control, the feeling of needing to try to stop or lie about it, then there is a risk.

Since the idea of gaming as an addiction is a new idea, research is still being developed to consider evidence-based interventions. It is okay to quit games cold turkey. If you need help, do not hesitate to consider the help of a mental help professional that has expertise in compulsive behaviors. It is also important to fill the time with healthy options so the gaming is not replaced with risk-taking or dangerous behaviors. Instead, exercise or other activities that are healthy and also release dopamine are excellent replacement behaviors.Here are some additional ideas on how to overcome gaming:

1. Start by identifying the time on gaming. Admit that it is something with which you can make better choices. Become self-aware and work to gain an accurate self-perception of what is taking place.

2. Once you are aware, you can help your child work toward self-management. As a parent, work to get buy-in from the start.  Get a general idea of how much time is spent (baseline). Help the student understand what they are missing when they are gaming. Let them know you want to help set a healthy balance and you do not want to take it away altogether. Have your student be a part of the conversation so they can identify reasonable limits. Allowing them to be a part of the conversation empowers them and will often increase buy-in. Going through this process now will help your student learn to make healthy choices when they are older.

3. Help identify healthy replacement behaviors. While you are talking with your child, brainstorm a menu or list of many activities with which they can engage in rather than game so you can replace the behavior with something that can serve the same purpose. This will vary for different people. As mentioned, something that will release dopamine, such as exercise is a healthy alternative.

4. Think about a plan to limit time spent gaming...Start small and incrementally decrease the time spent on gaming.  Or, set a max time, such as 1 hour per night total. Or, for every minute you spend studying or working out/training, you can earn a minute for gaming. Or, you can cut it cold turkey.

There’s an app for that:  Break Free App (monitors time spent on phone) or an app where parents can control when a student is or is not on their phone-review data and then make adjustments.

5. As hard as it is, as adults we must look at our own gaming time. Some adults spend a lot of time gaming and children learn from examples. Work with your child to keep things in check and make sure there is a healthy balance.

The penalties are pretty stiff for those drivers who don’t stop for a stopped school bus (see... 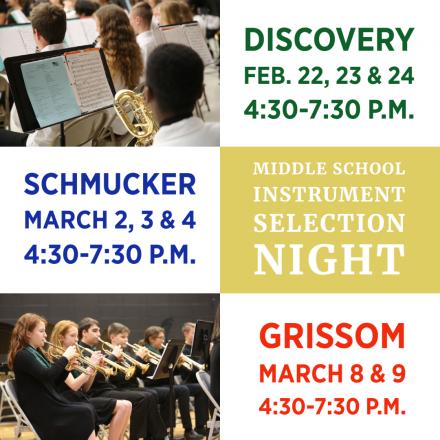 Calling all kindergarten through fifth grade students and their families...it’...
END_OF_DOCUMENT_TOKEN_TO_BE_REPLACED